Round 4 of the Louisiana Cross Country Series (LACC) was held in Angola, LA on the grounds of the Louisiana State Penitentiary. The facility borders the Mississippi River and Tunica Hills. This landscape provides one of the best courses on the LACC circuit, with lots of elevation changes, jumps, off camber turns, speed and rough technical sections. The course is pure fun to ride/drive, but it is not for the faint of heart. As has been custom in 2014, the LACC crew created an awesome UTV race course and we would like to give a big shout out to the series for all their hard work and listening to input from the drivers. The UTV class is becoming a pretty big event for this Motorcycle organization. There were a total of twenty one entries at this event, which shows it is growing in popularity. This is the second round in 2014 that we have seen over twenty entries. This series is also very competitive. During the first three rounds (round 3 was rescheduled to May 17th), there have been three different winners: Rd. 1 – George White, Rd. 2 – Kyle Hart (son of Marty Hart), Rd. 4 – Dustin Jones. For anyone interested in racing this series, they can find out more info by visiting http://www.acadianaracing.com/default.htm.

Double E Racing was well represented with eleven cars in the twenty one car field. The Double E Racing Car was driven by George White and navigator Jen Salmon. This was the second race of the season the two have teamed up. The team finished fourth on the day and had a great time. The overall racing action was fierce. Dustin Jones pulled the holeshot, followed by Mark Barnett, Chris and Kelly Brian, George White and Jen Salmon, and Cody and Tiffany Taylor. Dustin led every lap of the one hour race, but not without pressure. Chris and Kelly Brian were hot on Dustin’s heels for most of the race, but could never make a pass. There was just a mere three seconds that separated the two cars at the checkered flag. Behind the two leaders, Mark, George and Cody had close racing of their own. These three stayed together for most of the race until lapped riders separated them a bit. Mark would go on to take a comfortable third, George fourth and Cody got tangled with a lapped car, which dropped him to seventh. This allowed Scott Allen, who started eleventh, to round out the top five. Racing days like these are what makes us all love the sport and crave more.

What a great day, in general, for Double E Racing! We had the top four places and eight of the top ten. We would like to congratulate every one of the teams running Double E Racing suspension setups and give a huge THANK YOU to them for trusting us with their suspension needs. Everyone drove great and we were proud of all of the teams. The following is their finishing order: 1st – Dustin Jones, 2nd – Chris and Kelly Brian, 3rd – Mark Barnett, 4th – George White and Jen Salmon, 6th – Greg Corkern, 7th – Cody and Tiffany Taylor, 9th – Mitch Prine, 10th – Craig Harris, 12th – Russ and Skylar Thompson, 18th – Bryon and Jakob Peck, and 19th – Donnie Noland.

We would like to give a big shout out and congratulations to Dustin “Battle Axe” Jones on his first UTV race win. Dustin, we are proud of you! Speaking of the “Battle Axe”, if you would like a good laugh and help a charity, please “like” the following facebook page: https://www.facebook.com/groups/608326992569613/. We would also like to give a HUGE thank you to S3 Powersports for providing us with an axle after we broke one on our team car during practice. And finally, we would like to congratulate Jakob Peck for finishing twelfth out of fifteen in the ATV race. Jakob is only ten and he is giving it his all against riders double his age. Guys, you better look out in the future because he is coming for you!

Last but certainly not least, we would like to give a huge THANK YOU to all of our sponsors: Zbroz Racing, ARS FX, GBC Motorsports, Driven Racing Oil, ATV Zone, UTVScene.com, Curtis Sparks Racing, Scott USA, Salmon and Assoc., Brian Motorsports, JC Racing, Custom Metal Works and RP Custom Trailers. 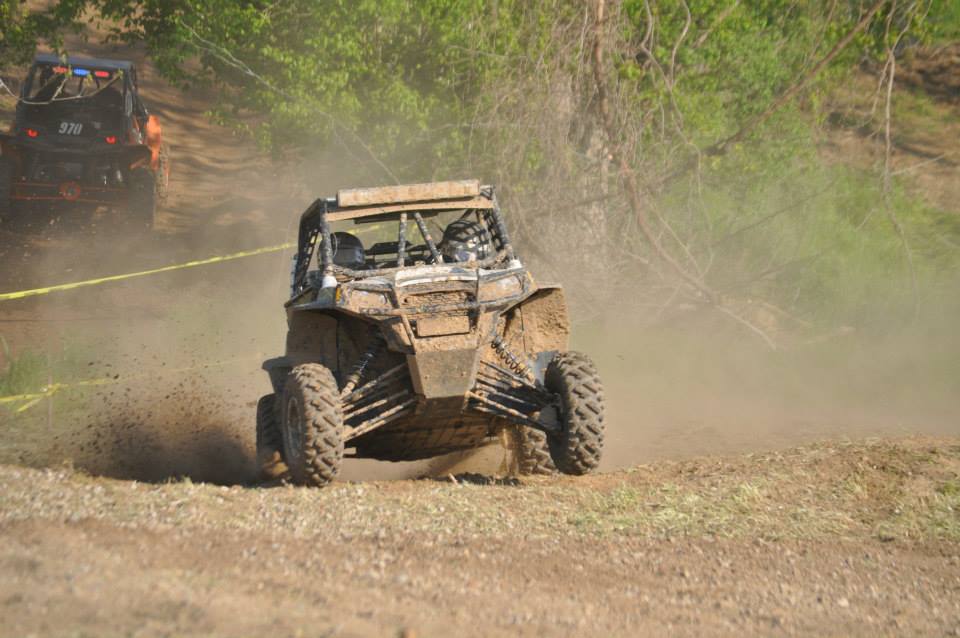 This entry was posted in LACC.