After a First and Third at Round one of the Lucas Oil Midwest Short Course Series, Double E Racing athlete’s finished First and Third once again in the UTV Pro Mod class at the Lucas Oil Offroad race in Wheatland, MO this past weekend.  Tim Farr and Kyle Hart both drove great races in the mud and brought home podiums. 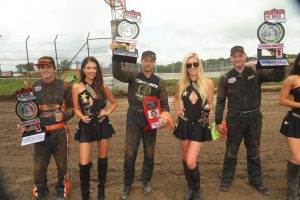 Saturday’s race in Wheatland started off good with Tim and Kyle both starting on the front row after qualifying.  Kyle got the start and Tim eventually passed him, but problems would soon set in for Tim and he would get a DNF.  Kyle would go on to finish fourth, while Tim’s Bak40 Motorsports teammate, Thomas Reihner would round out the top five. 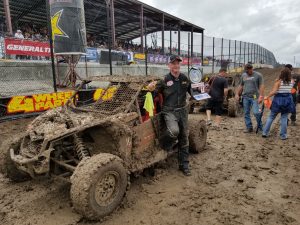 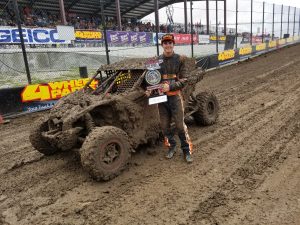 Sunday’s race was eerily similar to Crandon the week before.  Rain came in right after qualifying on Sunday morning and delayed the races for approx. two hours.  Luckily, Tim qualified really well and started on the front row again.  Kyle started on the third row with Thomas.  Tim made the pass for the lead in the second turn and never looked back.  Kyle fought hard to move into third by the checkers.  Thomas was running a strong race until he made a bad mistake and hit the k-rail, which ended his day. 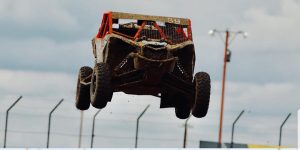 We are blown away with the results our drivers are having and can’t wait for the next round of the Lucas Oil Midwest at the ERX Motorsports Park on July 11-14.  If you’re in the area, look up the Bak40 Motorsports team and stop by to say hello. 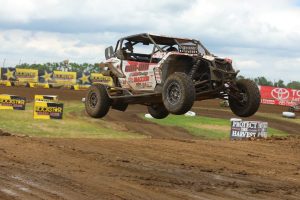